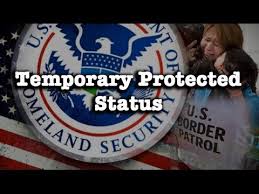 The Ninth Circuit, which covers the states of Alaska, Arizona, California and Hawaii, has recently ruled in Ramirez v. Dougherty, C13-1236Z (W.D. WA, 2014), that some immigrants with TPS status can now apply for a green card.

TPS is a temporary status given to immigrants who are not able to return to their home country due to devastation, war or other life-endangering circumstances. Countries currently designated for TPS include El Salvador, Haiti, Honduras, Nepal, Nicaragua, Somalia, Sudan, South Sudan, Syria, and Yemen. The U.S. has granted individuals TPS to shield them from deportation. However TPS is temporary, meaning TPS holders should be ready to move back to their home country once the U.S. decides that their home country is no longer endangering to them.

What’s the big deal about this case?

Before the Ninth Circuit decision, someone with TPS was not eligible to apply for a green card no matter how long they had been living and working in the U.S. This decision changed all of that.

The case involved an individual named Ramirez who received TPS status in 2001 after entering the U.S. illegally from El Salvador in 1999. He received TPS because of the devastation that a Hurricane left in his home country. in 2012, Mr. Ramirez married a U.S. citizen. They wanted to have a chance at Mr. Ramirez getting a green card because he had been living and working in the U.S. now for over a decade. The U.S. was his home. When the couple filed for a green card for Mr. Ramirez, USCIS denied his application and the case went to federal court.

There is a concept in U.S. immigration law that requires someone to be “inspected and admitted” before they may receive a green card. Usually this happens when someone enters the U.S. with a visa or a border crossing card.

What does this mean for TPS holders in NE?

The Ninth Circuit Decision does not affect any other Circuit courts. Each Circuit Court will have to decide whether it agrees with the Ninth Circuit or not. So far, only the Sixth Circuit agree. The states covered by the Sixth Circuit are: Kentucky, Michigan, Ohio, and Tennessee. If you live in these states, consider talking to an experienced immigration attorney about your case. Nebraska is covered by the Eight Circuit which has not had the opportunity to hear a similar case yet.

In conclusion, this is a new legal theory. Other Courts could disagree with the Ninth. IN fact, the Eleventh Circuit has previously disagreed with this theory. Given that the law is complicated and there are always other factors to consider, always talk to an experienced immigration lawyer before filing for a green card.

LEGAL DISCLAIMER: This site is for informational purposes only and is not to be construed as legal advice. If you are in need of legal advice, please consult an attorney directly through the site’s contact page to be put in touch with an attorney that can inform you on your legal options. Neither viewing this website nor submitting information through the contact page forms or creates an attorney-client relationship, and no such relationship will be formed without express written agreement. Please do not send any confidential information to us until such time as an attorney-client relationship has been established. Information on this website may be classified as an advertisement pursuant to local rules.